In Hokkaido, people organized a slow horse race and the fastest horses could not have won.

In all of the horse racing all over the the world, speed is always the most important thing. But for Ban’ei, a form of horse racing in Japan’s island of Hokkaido, strength and endurance are considered first, according to Odd.

Ban’ei horses (also known as banba) are unlike other fast-moving purebred horses. They weigh up to 1,200 kilograms and are twice as large as the small-sized Dosanko horses, originating in Hokkaido. Banba is a hybrid breed from France and Belgium which appeared in Japan since the late 19th century to help farmers work in the fields. 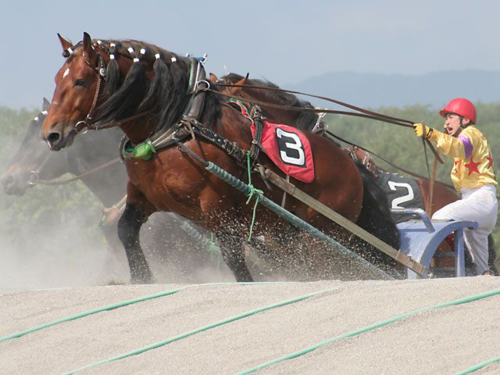 Currently, it is considered as a Japanese horse breed and is capable of transporting and pulling large loads. It is also used in reverse horse racing on the island called: World’s slowest horse race.

Participating in the game, Ban’ei race horses have to pull 450 kg to 1 ton sleigh sleds on sand track. They must also pass at least two steep paths.

The horse trainer also participated in the race. But they don’t have to push their animals to run so fast. Simply, they just need to encourage horses to come forward. They could even ask the horse to stop to rest when it had to overcome two obstacles. The winning animal does not depend on whether it goes fast or slow, but the one who has the strength to pull the sled to the finish is the champion. 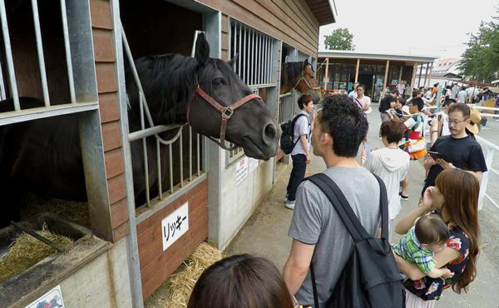 The competition dates back to 1887 but it was not until the 20th century that the sport was popularized throughout Hokkaido. In the heyday of 1991, the slow horse race was held in the cities of Obihiro, Asahikawa, Kitami, and Iwamizawa. Ticket sales amounted to more than 32 billion yen. However, soon after, the Japanese economy entered a recession and in 2006, there was only one horse track left in Obihiro.

In 2012, Ban’ei slow horse race was recognized as an important cultural heritage in Hokkaido. Large sponsors of many companies have invested and spent money to preserve and develop this heritage. 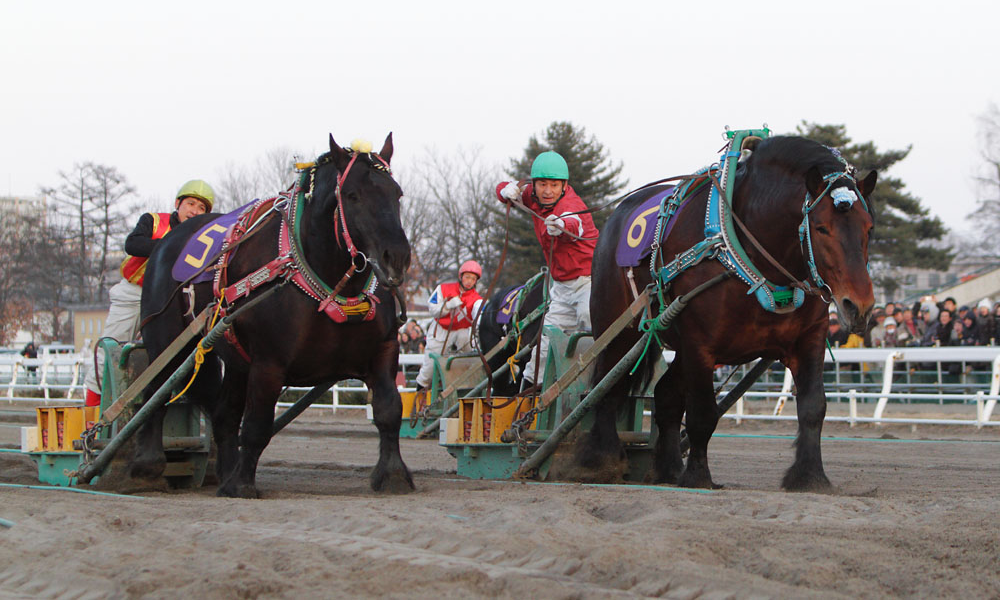 According to Japan Racing, Obihiro racecourse is a 20-minute walk from JR Obihiro train station. Entrance fee is 100 yen. The race is only held on weekends and Monday. On these days, guests can join a “backstage tour” to visit the stables. There is also an animal garden and a horse museum.