The famous American race horse named American Pharoah is about to retire after becoming the first horse in the US to win the “Grand Slam” noble award on horse racing. So far, this horse has won many awards with a total value of up to 8.6 million USD.

The horse was also the first horse to win the grand prize named Grand Slam after he won four consecutive awards at horse races, including a Breeders’ Cup and three other prizes at Kentucky Derby horse races. Preakness Stakes and Belmont Stakes. 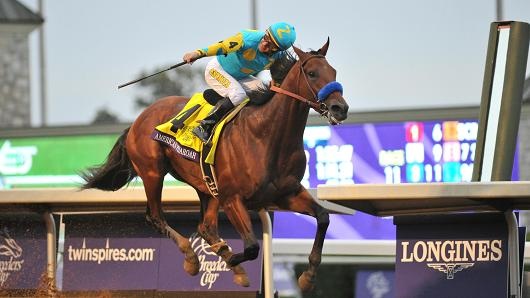 Pharoah’s achievements also bring glory to the owner of this horse, the Zayat family. They transferred the custody of American Pharoah to the Coolmore horse breeding organization at an undisclosed price at Pharoah’s victory at the Kentucky Derby, accompanied by terms if Pharoah was honored three times in a row. And in accordance with this agreement, Pharoah will be transferred to Coolmore after he won the Breeders’ Cup.

Many long-time horse racing and horse-owners have campaigned for Pharoah to retire after three consecutive victories to avoid the risk of injury to the horse. However, the Zayat family insists that Pharoah is a super rare winning horse and can restore horse racing if it continues to win. And finally they were right. 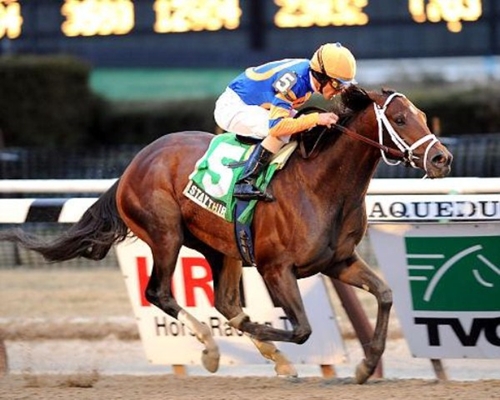 “I was trembling with happiness. We hit the ball after winning the Belmont race. However, we always watch over the horse to make sure he is completely healthy before letting him join the race. And my father always said, we gave the race horse to the fans and because of the sport”, said Justin Zayat, stall manager and racing horse at Zayat Racecourse.

Zayat said that Pharoah officially retired on Monday (November 2) and the horse had awards worth $ 8.65 million during his racing life. Among them, $8.2 million was won in 2015 – Triple Crown worth more than $ 4 million and the Breeder’s Cup award was $ 2.75 million.

Pharoah will start mating in February 2016 and Zayat said the cost for each breeding is about 200,000 – 250,000 USD. It is estimated that Pharoah will bring in more than 20 million USD per year from breeding.