The wild horses, the wind blowing in the face and the terrible heat of the prairies of Genghis Khan, the Mongol Derby in Mongolia were recognized by Guinness World Records as the longest in the world, and also one of the most extreme sporting events.

Last year, Lara Prior-Palmer, a 19-year-old British jockey, won the championship, the first female champion of the competition after five years of competition. “This is the most extraordinary and exotic race, like the Tour de France, crossing the vast prairies and savannahs”, Palmer said during a victory celebration party in the Mongolian capital Ulan Bator. “The race is extremely dramatic, it is very hot in the daytime and the horses are sweating like a bath, then suddenly a cold breeze blows over. I want to try something extraordinary, and Mongolia is that unusual thing”.

The race was inspired by the post office system of the Mongol empire. Genghis Khan, the feared emperor of Mongolia from 1162 to 1227, was the one who established and expanded the post office system “Ortoo”, in which the messengers sat constantly on their backs. horses, horses and people at stations along the way. 40 post offices like that follow each other on a journey of over 1,000 km, also the present day Mongol Derby race. 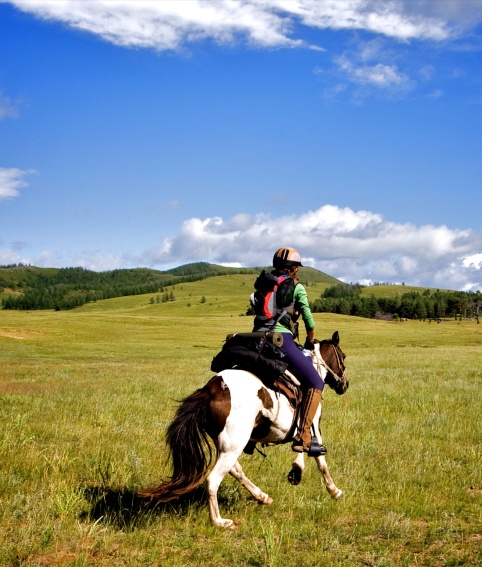 Until the fifth year, the race only attracted 30 participants, because it was too harsh. Horse riders are equipped with compass, GPS, maps and relay at each break. The official website of the race said there would be no guide. The stops are also traditionally designed with tents, a bed rest and food. The racer also had to change horses, just like the old post office workers.

Mongolian tribes provide horses for the race and safety of participants is a top priority. Each stop has a veterinarian and if the horse’s heart rate is above a certain level, the horse will be punished for a period of time. Medical care for attendees was also very special, when half of the horse riders had to withdraw before reaching their destination.

“There are 30 people on the starting line, but not all go to the finish line,” Prior-Palmer said. “My body really reached the final limit on the day of the finish, I slept the whole day after that. I was lucky because I was young, the problems I encountered about my physical strength were overcome. I have swollen ankles, swelling, dehydration and many other problems. The worst is the exhaustion. Sitting on horseback looked easy, but constantly paying attention, I had to sit 13 hours a day on horseback. By noon, you will be sleepy and will not open your eyes, but you still have 20 km left to complete that day”.

Prior-Palmer’s determination paid off, though she also had to resort to new luck in the championship. Hand pleaded with American Devan Horn to finish first, but her horse did not pass a medical examination afterwards. She was fined two hours and Prior-Palmer became the winner.